Get Help from a Tulsa Elder Abuse Attorney Today! 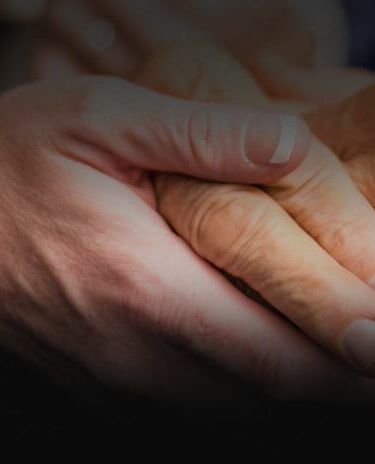 When you place your loved one into the care of a nursing home facility, you do so under the assumption that the facility will offer the highest degrees of care, attention, and service. However, nursing homes are unfortunately not always trustworthy, and abuse is a very real and serious problem that can cause unbelievable harm to our loved ones.

At Richardson Richardson Boudreaux, we understand how traumatic and difficult these cases can be, and we don’t shy away from the challenge of advocating for your family member’s rights. We believe everyone who has suffered abuse or neglect while in the care of a nursing home facility deserves the best legal representation available, and we strive to provide the service and advocacy you need to obtain the best possible result. We believe in holding abusive care facilities accountable, and we never settle for less than you and your loved one deserve after having your trust betrayed.

Sobering Statistics Show the Scope of the Problem

While more and more people are reaching retirement age and showing a need for extended long-term care, research in the field of elder abuse has lagged significantly behind child abuse or domestic violence. In fact, some experts believe that the field is a full two decades behind in research compared to these other two.

And yet, instances of abuse continue to pile up because the population continues to age. 2010 census data showed the largest number and percentage of the population was over the age of 65 in national history: 40.3 million people, or over 13 percent of the population. The majority of these aging individuals are women, with approximately 89 men being in this category for every 100 women. Both of these may be key factors in the rising amount of abuse reports.

And yet, the problem continues to be one of the most underreported in the country. The New York State Elder Abuse Prevalence Study found that for every case known by abuse protection programs and agencies, 24 more were unknown. Further study showed that an estimated one out of every 13 adults in the New York area had been the victim of abuse in some form.

One of the keys to being able to rescue a loved one from an abusive environment is to be vigilant and watch for signs of abuse. Not all signs are immediately obvious, and some signs can be easily explained by other factors, which means you need to be mindful of your loved one’s condition and ask the right questions where appropriate.

Some common signs of nursing home abuse can include:

However, there are other signs of abuse that exist. For example, if your caregivers often don’t want them to be alone with you or with others, then odds are they don’t want word of some form of abuse getting out.

Likewise, if there’s a sudden, drastic change in their financial situation, then they could be suffering from a type of abuse that receives very little attention: financial abuse. Theft of property is also a common sign of abuse, such as a missing painting or favorite articles of clothing.

The Most Common Forms of Nursing Home Abuse

When many of us think of abuse, we tend to think of physical abuse. Of course, there are actually many forms of abuse, some of which never involve laying a finger on another person. In nursing homes, various types of abuse occur every day across the country. If you have an elder loved one who is being cared for in a nursing home or other care facility, it is important to know more about the different forms of abuse he or she might encounter. Most of us know that bruises and cuts, or other physical injuries are possible indicators of abuse, but there are many other forms of abuse one needs to be aware of to keep their loved ones safe.

Below is a list of the 5 main types of elder abuse those living in nursing homes often face:

HOW TO NOTICE SIGNS OF EMOTIONAL ABUSE

Protect Your Loved Ones

If your loved one is in need of nursing home care, make sure you do everything in your power to protect them and place them in a trustworthy home that will provide them with outstanding care and medical assistance. Talk to residents or other patients about their experiences and pay attention to their condition.

If they appear to be well-fed, happy, energetic, and free from bruises or other wounds, then they’re probably in good care. Meet with nurses, social workers, administrators, and doctors that are on staff.

And finally, read the contract before signing anything. Many contracts have a forced arbitration clause which waives many of your loved one’s rights, even if they are abused. Either ask the facility to remove the clause or consider another facility.

If you suspect that your elderly loved one is being abused or neglected, you are undoubtedly going through a difficult time and even feel like your trust was betrayed. At Richardson Richardson Boudreaux, PLLC, our team of nursing home abuse attorneys is here to hold the responsible parties accountable for your elderly loved one’s suffering and to ensure you receive the fair and just compensation your family deserves.

Let us review your case with you as soon as possible! Contact Richardson Richardson Boudreaux, PLLC today to get started.

Recommended Reading
TELL US YOUR STORY