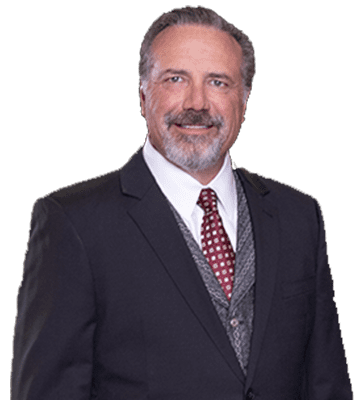 While interning at the district attorney’s office, Chuck assisted with the prosecution of DUIs, misdemeanors, and violent crimes. After becoming a licensed attorney, Chuck accepted an appointment as an Assistant District Attorney, a position held until joining RRB in 1991. While serving as the District Attorney, Richardson compiled a 100% conviction rate and led his office to a record-setting conviction rate that exceeded 95%.

In June of 1997, Governor Frank Keating appointed Chuck to serve as the District Attorney for Tulsa County. During his service as the District Attorney, Chuck led the office in implementing policies for approval of criminal charges, increasing the sentences of violent criminals, approaching property crimes from a standpoint of grace and developing a work environment that spawned success.

Chuck now uses his passion for protecting the community in the area of personal injury law. Upon joining RRB in 1991, Chuck first served as an associate and a junior partner; finally earning the title of Partner in 1994. After joining RRB, Chuck worked closely with his father, Gary Richardson in order to learn the skills to carry on the great success of his father.

Chuck has successfully achieved the largest verdict in four counties in Oklahoma. In addition, juries have awarded Chuck verdicts of $6,900,000, $10,000,000 and $6,500,000 among many others. Chuck is not intimidated by big companies difficult cases. He has successfully tried and/or settled cases involving medical malpractice, commercial truck accidents, and accidents involving catastrophic injuries or death. If you’ve been injured in an accident or by a defective product/device, Chuck Richardson has the experience you need to obtain the financial compensation you deserve.

Richardson has been married since 1985 to his college sweetheart, Chris and they have three sons. The Richardson’s attend Life Church Jenks, where Chuck and Chris serve each Sunday, lead a Life Group for couples with kids and serve as Life Group Coordinators.

Chuck was selected to attend the Gerry Spence Trial College. The Trial College is a three week intense course to train lawyers in the methods developed by the by famed trial lawyer Gerry Spence. During the three week college, he continued to strengthen his ability to strategize and successfully present cases to a jury. After completion of the college, Chuck was selected to serve as a staff member training lawyers from all 50 states.

Read the article written by Jonathan Widran about Chuck carrying on his father’s legacy.

Sexual Misconduct to a Minor

Sexual Misconduct by an Employer