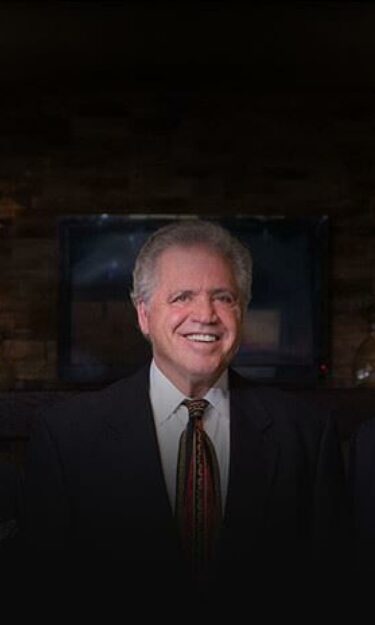 According to the petition, defendants named in the suit are David Green; his sons Mart Green and Steve Green; his grandson David Tyler Green (all of the Oklahoma City area); and unnamed co-conspirators. With a net worth of $2.6 billion reported by Forbes.com, David Green is known to be Oklahoma’s third wealthiest individual. The Greens are owners of Fortune 500 company Hobby Lobby; Mardel, a Christian bookstore chain; and Crafts Etc! — a crafts wholesaler and online retailer.

Feed The Children was founded in Oklahoma City in 1979 by the Joneses for the sole purpose of aiding children and their families around the world.

According to the petition, in 2009, Rev. Larry Jones was terminated/removed from his leadership position at FTC by the board of directors. The board made unverified claims against Rev. Jones that FTC was in financial trouble, claims that he denies and which are unproven.

The petition claims that well before Rev. Jones was terminated/removed as head of FTC, there was known speculation that the Green family was interested in taking control of the organization.

According to the petition, the Greens ensured that Rev. Larry Jones would not find out about their activity by requiring the board of FTC to sign a confidentiality agreement.

Since FTC is a tax-exempt organization, it could not be purchased by the Greens; however, FTC could be taken over and controlled by individuals to promote their own self-interest, the petition states.

“Control of FTC would give the Greens access to all assets of this highly regarded, sixth largest charitable organization in the world,” said Richardson. “Those assets include 52 semi-trucks, warehouses all over the world, intellectual properties, and an influential donors list that was created by the Joneses over the last 30 years. How influential? In 2009 that list of donors contributed in excess of $1 billion in donations and gifts-in-kind.”

“In this meeting, Mart Green told me that the Green family was going to ‘rescue’ Feed The Children,” said the Rev. Larry Jones.

The petition claims that on July 23, 2010, Rev. Jones received a second unexpected phone call from the Green family, this time from Mart Green, asking that the Rev. Jones and his wife Frances Jones meet with the Green family at their Mardel headquarters.

“At this meeting,” said Rev. Jones, “The Green family made their ‘pitch’ to Frances and me about why it would be best for us to go along with their plans, informing us that they were already moving forward with bringing in a new president of FTC.”

According to the petition, after the termination/removal of Rev. Larry Jones as head of FTC, a guard was posted at the door of Frances Jones’ office. Several weeks later, she was isolated at an office several miles from FTC headquarters, according to the petition. In addition, the petition states, Frances Jones was prevented from communicating with donors, all under the threat of termination, and she was not allowed to visit the FTC corporate offices unless invited by those in control.

The lawsuit filed today alleges that the termination/removal of Rev. Larry Jones and hostile treatment of Frances Jones by the Greens and co-conspirators intentionally and tortiously interfered with the Joneses’ business relationships, damaged their future economic interests, and caused them to suffer emotional distress, humiliation, and damage to their professional reputations.

The petition also claims that certain statements and actions by the defendants constitute slander and were carried out to injure the Joneses in their profession of feeding, clothing, providing medical care and, at times, even saving the lives of children.

When Rev. Jones was terminated/removed as head of Feed The Children, the organization was supplementing over 750,000 meals per day. As partial testament to his enduring work with FTC, he has received numerous awards, including the prestigious H.J. Heimlich Humanitarian Award in 2000; Humanitarian Award from the National Conference of Christians and Jews in 1995; Oklahoman of the Year, 1994; National Caring Award, 1993; and ABC News “Person of the Week” in 1990.

He also is the recipient of two honorary doctor’s degrees—one from Western Kentucky University in Bowling Green and one from Southern Nazarene University in Bethany, Okla.

The quote Rev. Jones is most noted for was in response to the question, “How do you determine where the need is”? He replied, “Take a map, turn out the lights, and throw a dart. Turn the lights on; wherever the dart landed, that is where the need is.”

“If people really want to understand the commitment and sacrifices made by Larry and Frances Jones, I suggest they read the recently published book, Keep Walking, by Rev. Larry Jones,” said Richardson.

Our firm had a great relationship with client Barrett. He said that Richardson Richardson Boudreaux was "like family" and provided him with the guidance and advice he needed, which gave him "clarity about his case." We are pleased that we were able to help Barrett with his personal injury case.