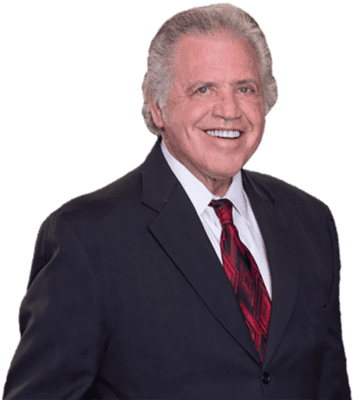 Founding Attorney Gary L. Richardson has earned his reputation as one of the most prominent and accomplished lawyers in the Southwest region, and many clients seek after his firm. Gary founded Richardson Richardson Boudreaux PLLC, originally The Richardson Law Firm, to give injured victims the powerful voice they need when battling insurance companies and other deep-pocketed corporations. Representing clients throughout Texas, Oklahoma, and other surrounding states, Gary has successfully recovered a number of record-setting jury verdicts.

To benefit from our thorough representation, call Richardson Richardson Boudreaux PLLC at 918-492-7674 for a free initial consultation.

A Reputation for Success

Gary’s talent and reputation for up to multi-million dollar recoveries can be attributed to his expertise, as he has the ability to communicate with the jury in a persuasive, convincing, and highly effective manner. He believes his success is, in part, a product of the lessons he has learned through a multitude of experiences, of a career in sales, as well as serving as a State Prosecutor, and United States Attorney appointed by President Ronald Reagan.

These experiences have served as inspiration for four books Gary has had published: Fear is Never Your Friend, Black Robe Fever, Thank God They Ate the Apple, and I Want You To See Me, along with a motivational audio series entitled Winning in the Courtroom that has been purchased by lawyers throughout the U.S. He delivers seminars nationwide regarding his first book, Fear is Never Your Friend, helping people eliminate the destructive power of fear in their lives.

Our firm was founded with the express purpose of representing individuals who have been wronged and has grown to become one of the most preeminent trial firms in the Southwest.

Gary is married to Lanna Wilcox, and together they have five children and 11 grandchildren. He is an active member of South Tulsa Baptist Church. He has served in other churches as a Deacon, Sunday school teacher, music leader, and as a guest speaker at the pulpit.

Gary received his undergraduate degree from Southern Nazarene University in 1983, where he earned the distinction of Outstanding Graduate, as well as the prestigious Green Bag award for achieving the highest grades in his class. After graduating, he worked as an insurance adjuster for Allstate by day, while attending law school at Oklahoma City University by night – all while starting a family.

Gary’s employer transferred him to Houston, and he was able to complete his Juris Doctorate at South Texas College in 1972. After his admission to the bar, he served as the Assistant Insurance Commissioner for the State of Oklahoma, also serving on the legal staff.

In 1975, Gary was appointed as the Assistant District Attorney for Muskogee County, Oklahoma, where he set a record for the longest list of convictions. He served in this role for two years before entering a partnership with Doug Garrett.

Gary was appointed as the United States Attorney in 1981 by President Ronald Reagan. He served in this capacity until 1984, when he opened the firm that would eventually become Richardson Richardson Boudreaux PLLC.